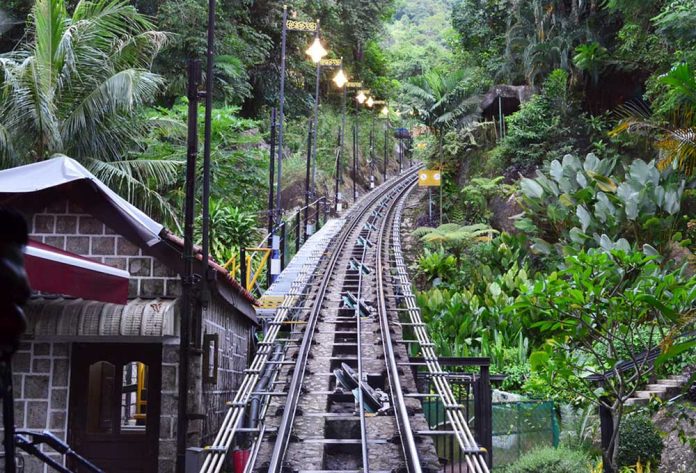 GEORGE TOWN, July 12 (Bernama) — Eco-holiday goers will have another reason to immerse themselves in the 130 million-year-old rainforest in Penang Hill once the Hillside Bungalow is refurbished into a family lodge and campsite.

Hillside Bungalow and Tulip House are being renovated under the Hillside Retreat Penang project to tap the eco-tourism potential of Penang Hill.

“Under this project, Hillside Bungalow along upper tunnel road will have four boutique rooms, four bunk rooms plus an open area that can accommodate up to 16, four-person-tents for camping.

“Tulip House, located just below the main Summit Road near the Bee Gallery, will have two rooms. The maximum capacity for this project is about 80 persons,” he told a press conference here today.

He said Hillside Retreat Penang is expected to be ready by end of October 2019 and the official launch date will be announced soon.

Cheok said besides a design that blends well with the environment, the refurbished properties will have living and dining areas, toilets and shower rooms, refuse and recyclable material storage, rain harvesting system and many other eco-friendly features.

“Campers will get a chance to indulge themselves under a blanket of stars, inhaling the cool fresh air while casting their eyes over the Milky Way. This is a chance to enjoy a timeless moment of tranquility and intimacy with loved ones in peace and quiet,” he said.

Meanwhile, Penang Chief Minister Chow Kon Yeow said the project would provide more opportunities for tourists to explore such hidden gems at different parts of Penang Hill with the extended time spent on the hill.

“It also reflects the endeavours of the Penang state government to promote eco-tourism and allowing families to spend quality time together by enjoying the natural beauty of Penang Hill throughout the day,” he said.

Built in the early 1900s, Hillside Bungalow is one of the oldest bungalows on Penang Hill and is classified as a Category II heritage building in the Penang Hill Local Plan 1998 and Penang Hill Special Area Plan 2016.

Tulip House was built by the British in the 1920s for workers at that time, and the place was used as a government quarters after Independence. It was then handed over to PHC after 2011 and was renovated in 2016.

Adjusting to the New Normal – Your Subang Neighbourhood Help

USJ5 Residents Association Step Up to Protect Our Frontliners

Community Teoh - June 3, 2020
0
SUNWAY PYRAMID INTRODUCES ONLINE PLATFORM TO PROVIDE SHOPPERS WITH EASE THIS FESTIVE SEASON   Shoppers can shop safely from home from over 100 retailers to...

Community Teoh - June 3, 2020
0
WE hear of the new term “new normal” every time we read our news or when we have conversations with family and friends. There...